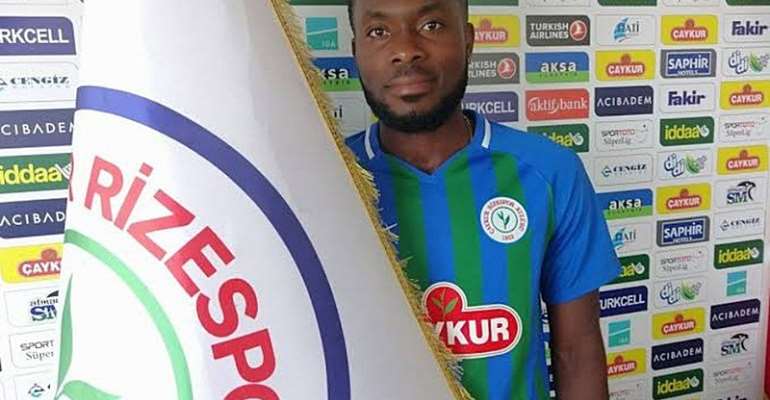 The 25-year old joined Rizespor from İstanbul Başakşehir ahead of the 2019/20 season after making only 11 appearances in the league last season.

However, reports suggest that the promising central defender annulled his loan deal with the club due to personal reasons.

"Our club has mutually agreed with Joseph Attamah, who we acquired at the start of the season, to terminate his contract," a statement from the club read on Saturday.

"We thank him for his services to our club and wish him success in his next football career."

Following his return to his parent club, İstanbul Başakşehir, head coach of the side, Okan Buruk has informed the Ghanaian he is not part of his plan indicating that he will play for his mother club.

He must strike a deal with Turkish lower side before he can play for his parent club next season.

He was part of the Ghana squad for the 2019 Africa Cup of Nations held in Egypt but did not feature in any of the games.