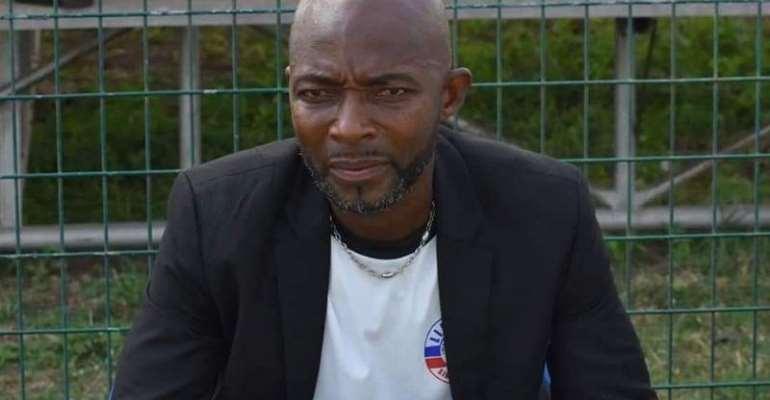 David Ocloo has returned back to Liberty Professionals a few days after he put in his resignation.

The soft-spoken gaffer walked away from the team after their 2-1 home loss to Hearts of Oak in Week 5 of the Ghana Premier League with reports suggesting that the management of the club are interfering in his job.

However, on Thursday, the club released an interview of Ocloo talking about the loss to Hearts and the preparations ahead of their Week 6 tie at WAFA.

Ahead of the match against WAFA, he said that he had put the team in the best shape possible to get a very good result on the road on Friday.

“To be honest, I have never played against WAFA but I have watched some of their matches and I have prepared a good strategy to counter them.

Liberty will be seeking another win on the road after they beat Dwarfs in Week 5 in Cape Coast.

The Dansoman-based team is currently lying in 10th place with 6 points from 5 matches played.