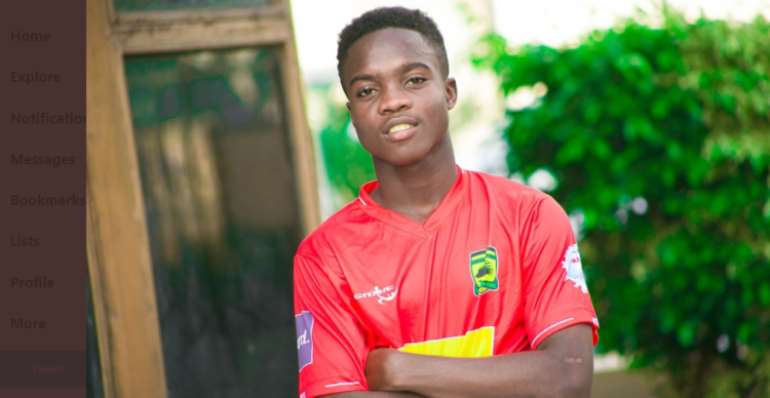 The 16-year-old forward who had been introduced into the game by Maxwell Konadu to replace Martin Antwi in the 78th minute swiftly made his presence felt in the game which was played behind close doors as he struck in the 86th minute to snatch the lead for the Ghanaian powerhouse.

Striker Richard Arthur who was also a substitute in the game after coming on to replace Songne Yacouba who missed a penalty in the 15th minute, grabbed the second goal for Kotoko as they clinched their first victory in three games.

Anim, who could not hide his joy, took to Twitter to appreciate his teammates for the ‘great teamwork’ in their deserving 2-0 win on the evening.

”What an Evening in this Amazing stadium!!! great Team Performance!!! Just one Word Happy!!! ,” the youngster tweeted.