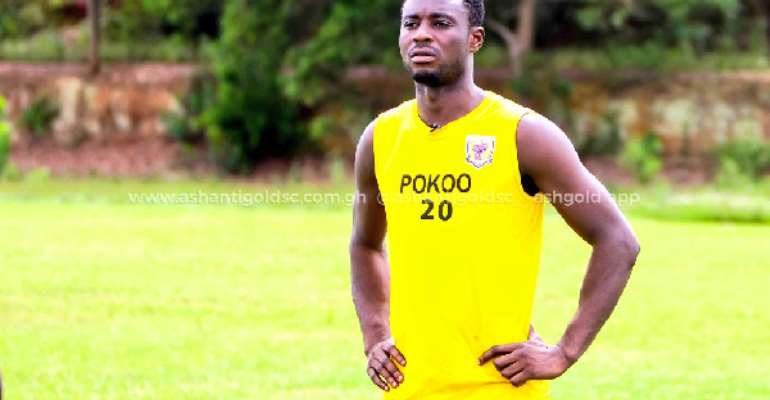 Skipper of AshantiGold SC, Shafiu Mumuni, has set his sight on emerging as the top scorer of the 2019/2020 Ghana Premier League.

Mumuni, who recently led the national side to place second in the West African Football Union (WAFU) tournament in Senegal and won the goal king award after scoring four goals in five matches will be hoping to build on his impressive output during the tournament.

Shafiu was on target as they defeated Great Olympics 3:1 in Tarkwa.

According to him, this season will be his season to win the goal king accolade, though he could not state the exact goal tally.

"I believe this will be the season for me to win the goal king title. I am working hard and keeping my focus on it," he told Graphic Sports in an interview.

Before then, he impressively scored four goals in four matches in the Confederation of African Football (CAF) Confederation Cup late last year, though Ashgold could not progress to the group phase of the competition.

He faces a tough battle from Yahaya Mohammed of Aduana Stars, Kotoko's Songne Yacouba, Emmanuel Ocran of Dreams FC and others who have also signalled their intent for the crown.