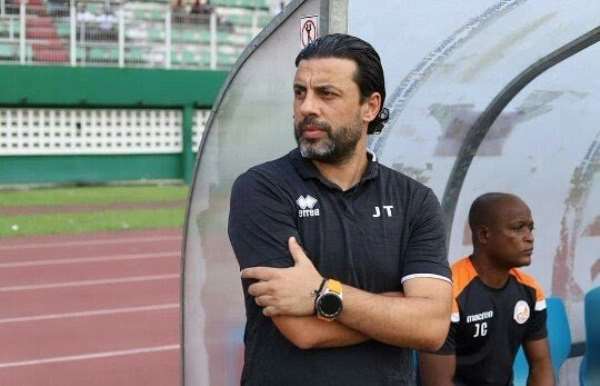 Former coach of San Pedro Jani Tarek has expressed a huge interest in coaching heart of Oak amid ongoing negotiations.

According to the Tunisian gaffer, he is in talks with the Phobians, who parted ways with Coach Kim Grant on Tuesday.

The 40-year-old has is among the men being considered to steer the affairs of former African champions who have gone ten years without any silverware.

Sources close to Hearts of Oak say an agreement has already been reached between the two parties.

Tarek, who recently resigned as coach of Ivorian side San Pedro, says he is ready to join Hearts to help rebuild the Accra-based club.

"I am in communication with Ghanaian side Hearts of Oak to take over the technical leadership of the team," the Tunisian technical brain said on Wednesday.

"Negotiations are still going on, of course, I would be happy to work with one of the oldest African clubs," he added.

The France-trained tactician who has all the necessary qualifications says discussions between the top hierarchy of Accra Hearts of Oak are far advanced.

Avoid greed, dishonesty and hypocrisy in galamsey fight – As...
29 minutes ago