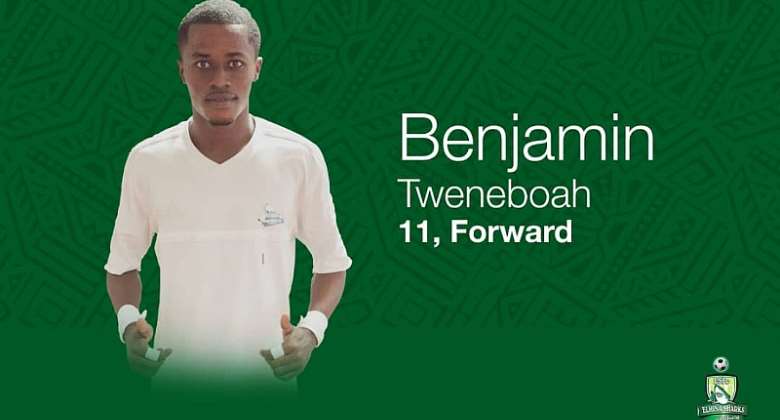 Ghana Premier League side Elmina Sharks has announced that their poster boy Benjamin Tweneboah has extended his contract ahead of the commencement of the new season.

The confirmation of the striker’s contract extension came this afternoon on the back of contract talks in the last couple of weeks which has now been successfully finalized.

A post on Elmina Sharks’ Twitter handle read, “He has signed!!! We're delighted to announce that our top marksman and playmaker, Tweneboah Benjamin has renewed his contract with us.''

Speaking to Sharks media upon signing the contract extension, Benjamin Tweneboah said, “I am finally happy to put the issue of contracts behind me and to go into the new season fully committed. Sharks are now part of my family and I am happy to play a part of the team's forward match".

The renewal of the contract of the forward gives a huge boost to Elmina Sharks ahead of the start of the 2020 Ghana Premier League season. He will be key for the side in their bid to excel in the 18-club competition.