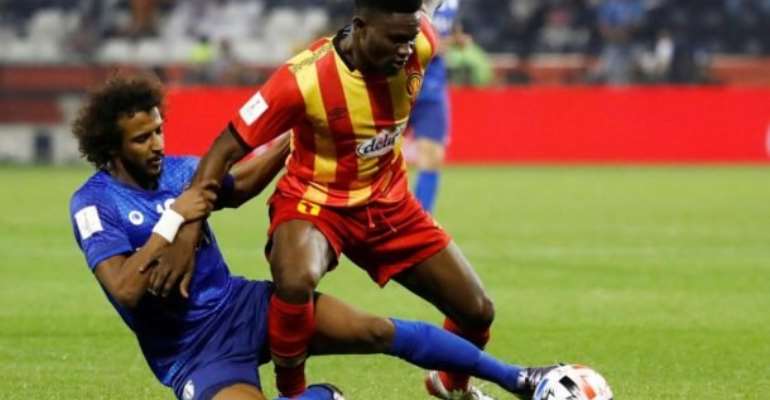 Ghana midfielder Kwame Bonsu shared his experience after playing for Esperance in the 2019 FIFA Club World Cup in Qatar.

The former Asante Kotoko midfielder became only the third Ghanaian to play in the prestigious club competition.

The first was Sulley Muntari, who in 2010 played and won the trophy with Inter Milan. Harrison Afful followed in 2011. Afful, just like Bonsu, represented Esperance at the competition.

Bonsu started in two games as Esperance finished the competition in fifth place.

This is an incredible achievement for Bonsu, whose career almost collapsed in 2017 after he was incarcerated in Sweden for assaulting his partner.

“I have embraced it. To be in this kind of competition with the best clubs in different continents so personally, I have learnt a lot. I hope each and every player has also learnt something from it,” he told BBC.

Esperance lost to Al-Hilal in the quarter-finals before thumping Al Sadd 6-2 in the fifth-place play-off.

An African team has never won the Club World Cup with Raja Casablanca coming closest making the final in 2013. However, Bonsu believes an African team will be champions sooner or later.

“This is a very great competition, being part of this [shows] that nothing is impossible. You just have to work very hard, stay strong mentally no matter what. Esperance is a very big club, no doubt. So this is like champions of champions. It’s gonna take some time but definitely there can be an African club that gets to the top as well. We have to start somewhere. If we have a long-term target, we have to start from somewhere and work towards it.”

The Red and Golds return to compete in the Tunisian top-flight league and are also in the group stages of the CAF Champions League.