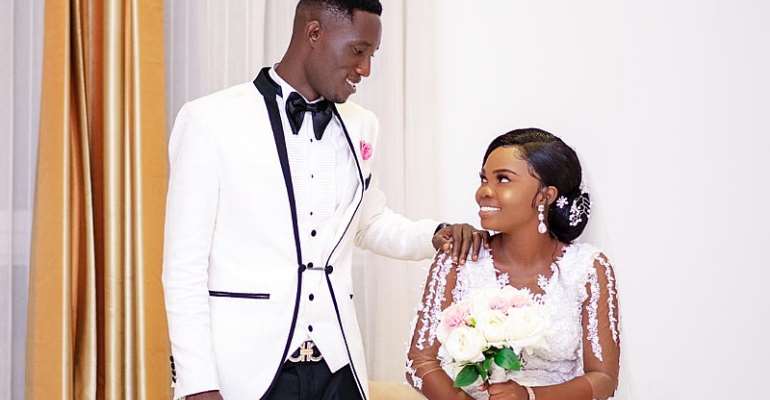 Ghana Premier League side, Medeama Sporting Club (SC) has taken to Twitter to celebrate their captain, Joseph Tetteh Zutah for taking a bold step and tying the knot with his longtime girlfriend, Doris Agyarkoh.

The love birds have been dating for quite some time now and finally decided to become one over the weekend. In a beautiful ceremony at the Church of Pentecost E.K Temple in Tarkwa, the paid successfully got married.

“Mr. and Mrs. Joseph Tetteh Zutah to the world! Medeama SC captain marries long-time girlfriend at a colourful ceremony in Tarkwa at the weekend”, the Medeama SC shared on their Twitter page.

The wedding ceremony was on Sunday but was preceded by traditional marriage. In attendance were club officials, his teammates, family, and friends as well as some members of the football community.

Zutah is expected to join her wife for a short honeymoon but will join his teammates to continue preparations for the upcoming 2019/2020 Ghana Premier League shortly.