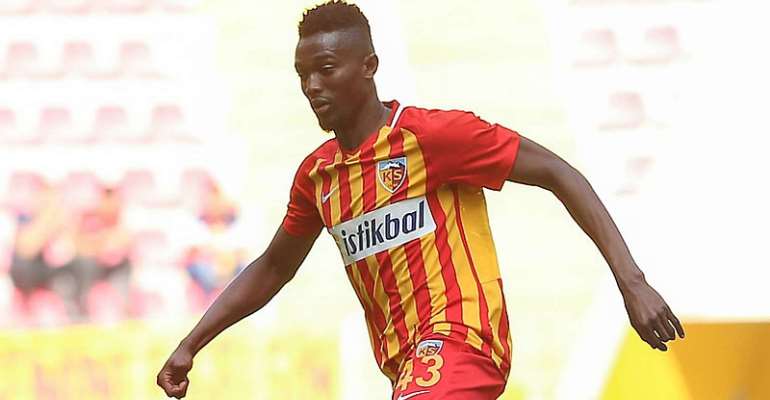 Ghana midfielder, Bernard Mensah has confirmed that he will welcome the offer to play for Turkish giants Fenerbahce.

The Kayseripor man has been linked to the Turkish giants in January following a series of fine performances in the Super Lig.

“Every football player wants to play [for] a big team," Mensah said in relation to the speculations, as reported by Fanatik.

"I am currently thinking only about Kayserispor.
"If such an offer comes, it will be considered.
“Every footballer wants to play in the Champions League and in the European League, [but] I'm happy here right now.

"However, if the offer comes from a big team, it will be important for the player's career. Then I will talk to our mother, Berna [Kayserispor Chairman Berna Gozbası]."

This season, he has made 10 league appearances for the Anatolian Star.

He had loan spells with Turkish club Kasimpasa and Portuguese fold Vitoria Guimaraes before transferring to Kayserispor in the summer last year.

The Ghana international is expected in action when the Anatolian Star face Besiktas in the Super Lig on Monday.