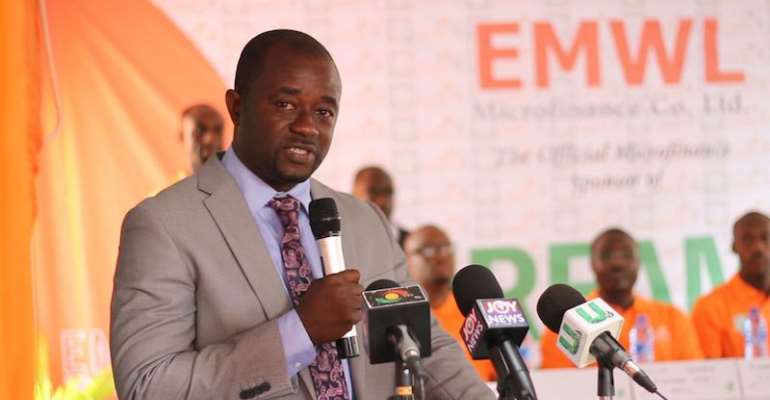 Ghana Football Association (GFA) presidential candidate, Mr. Kurt Edwin Simon Okraku has assured that he will step down as the Chief Executive Officer (CEO) of Dreams FC if he manages to win today’s crucial election.

The football administrator who has made a name for himself for how well he has run the Dawu-based club in the last decade is contesting for the top job at the GFA together with six other aspirants.

At the election grounds at the Physicians and Surgeons Center in Accra today, Kurt Okraku has announced that he has made plans to step down as CEO of the Ghana Premier League side should he be voted for by delegates.

“I wish to announce that I will step down as the chief executive officer of Dreams FC football club if given the mandate as the Ghana Football Association President.

“This is to enable be dedicate my time and serve the Association,” Kurt Okraku revealed.

He is vying for the vacant GFA presidential seat together with the likes of Nana Yaw Amponsah, George Afriyie, Fred Pappoe, as well as Lawyers Amanda Clinton and George Ankomah Mensah.