2019 WAFU Cup: Ghanaian Trio Included In Team Of The Tournament 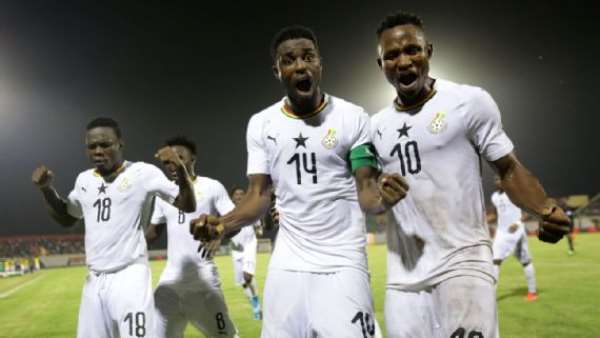 Three Ghanaian players have been included in the team of the tournament for the just ended WAFU Cup of Nations tournament held in Thies, Senegal.

The Black Stars B team was part of a total of 16 teams that participated at the continental showpiece in search of glory.

The team under the tutorage of head coach Maxwell Konadu impressed throughout the stages of the tournament and went all the way to the finals before they were beaten on penalties by the host nation.

In the team of the tournament released by the organizers, three Black Stars B players including Shafiu Mumuni, Joseph Esso and Fatawu Mohammed have been named as the best in their respective positions.

All players played outstandingly well and were key to the team’s steady progress from the first round to the finals. Shafiu Mumuni who captained the team emerged as the top scorer at the end of the tournament with as many as four goals.

Esso was a lion in all matches and fought for all balls like his life depended on it. His threat in the attacking third was superb so as the defensive prowess of fellow Hearts of oak teammate Fatawu Mohammed.

Below is the best eleven for the WAFU Cup of Nations tournament.