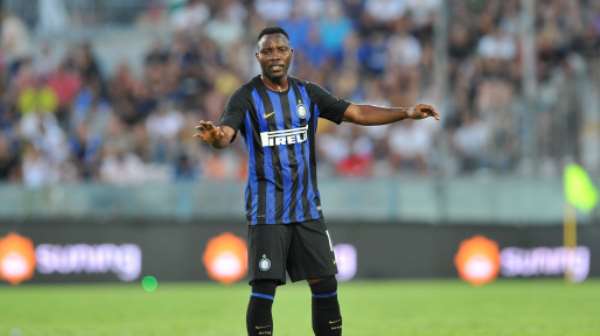 Italian giants, Inter Milan have opened a negotiation with Kwadwo Asamoah for a possible contract extension.

The 29-year-old who joined Nerazzurri from Juventus last season would see his contract end by 2021.

However, the hierarchy of the club are eager to tie the Ghanaian ace down with a possible one-year contract extension due to his impressive performance.

According to reports in Italy, the club have already contacted the representatives of the player with another meeting scheduled for the coming weeks.

Asamoah who plays as a left-back for the Italian giants joined the Nerazzurri as a free agent in the summer of 2018 and has since established himself as an integral part of Coach Antonio Conte’s set up.

The skilful player who made 42 appearances for the Italian side in all competition last season would be buoyed by the latest development and that could spur him on to give off his best as they attempt to unseat Juventus for the Serie A title.

ASEPA petitions Presidency for names of members on committee...
22 minutes ago