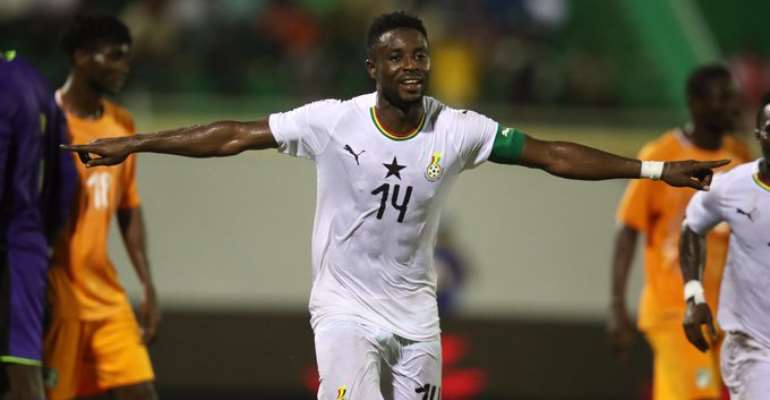 Shafiu Mumuni has set a new record at the WAFU Cup of Nations tournament after scoring a sensational hat-trick to help Ghana post a 3-1 victory over Cote d’Ivoire on Tuesday night.

Modernghana Sports can confirm that the Ashanti Gold striker’s 3 goals in one match is the first of its kind to happen in a game since the inception of continental competition in 2010.

The prolific forward was in fine form yesterday and ended his day with a performance deserving of the match ball as well as the ‘Man of the Match’ accolade.

First, he threw himself into a challenge before a clearance from an Ivory Coast defender deflected off his back and into the net to open the scoring for the Black Stars B team.

Two more goals in the second half via headers on the 46th and 50th minute respectively completed his hat-trick on the night as Ghana gallantly sailed into the finals of this year’s edition of the WAFU Championship.

Whiles that is a new record, Shafiu Mumuni is also the top scorer of the ongoing tournament with 4 goals and will likely end up taking home the golden boot.