CHAN Qualifiers: We Were Not Lucky Against Burkina Faso - Shafiu Mumuni 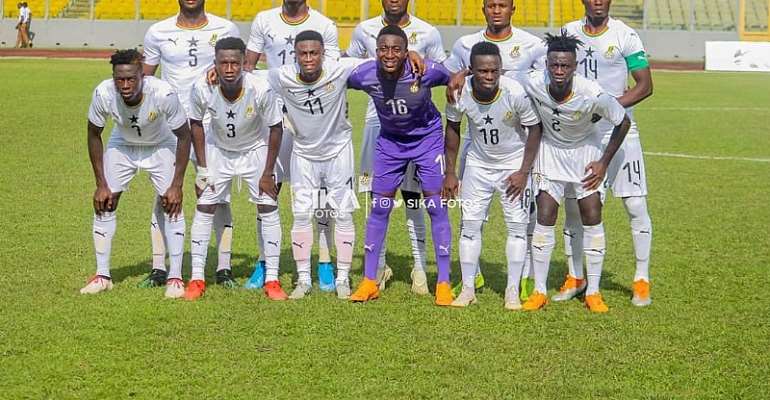 Captain Shafiu Mumuni says the Black Stars B were simply unlucky not to have scored against the Stallions B team in the 2020 CHAN Qualifier on Sunday.

A 94th-minute goal scored by Stephane Yannick was all that Burkina Faso needed to beat Ghana 1-0 in the first leg at the Baba Yara Sports Stadium.

According to the Ashantigold SC striker, the Ghanaian team did all they could to score but luck totally escaped them.

“We weren’t lucky on the day because we did everything possible to score” “But, we were just not lucky to see all our efforts gone begging”. says Shafiu Mumuni at the press conference.

“As the captain and the leading striker I’m very worried not to have scored a goal,”’ he stressed.

Coach Maxwell Konadu’s side will be hoping to record good results when they travel to Ouagadougou come 20th October 2019 and qualify for the 2020 CHAN tournament which will be staged in Cameroon.

The Black Stars B has been absence for two consecutive editions of the CHAN tournament.