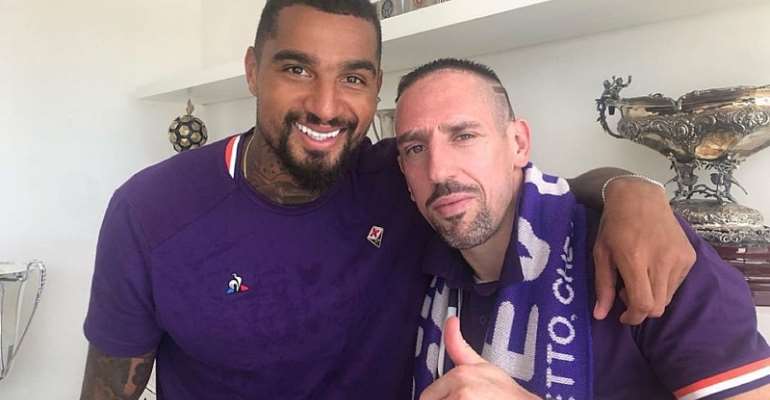 Ghana forward, Kevin-Prince Boateng is building a strong friendship with former France international Franck Ribery at Fiorentina as he hilariously welcomes him to training.

Boateng and Ribery have been training with some of the side’s youth players at the Centro Sportivo Davide Astori as several members of the first team have been away on international duty.

The duo played as opponents in the Bundesliga when the Frenchman was with Bayern Munich, at a time the Ghanaian was playing for Hertha Berlin, Schalke 04 and Eintracht Frankfurt.

Both Kevin-Prince Boateng and Franck Ribery joined Fiorentina this season.

This is the first time Franck Ribery is playing for an Italian outfit, but for Boateng, this will be his third Italian club after AC Milan and Sassuolo.

Watch the video of Boateng welcoming Ribery to the club’s training ground below...