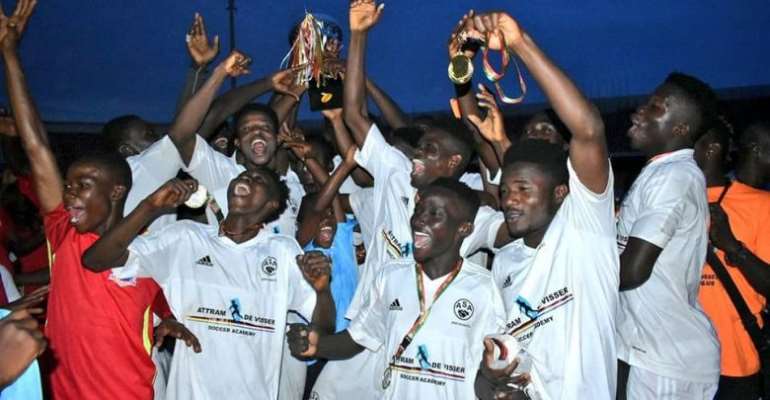 Both teams gave a good spectacle to the teeming fans who thronged the Accra sports stadium last Saturday despite no goals being recorded in the 90 minutes, an action that saw the game go to the penalty shootout.

Attram De-Visser FC managed to expertly convert all five of their kicks as against four from Charity Stars FC to win the giant trophy that was at stake.

The first curtain-raiser between Arsenal Babies from Tema and Kalisto Babies from Madina ended goalless.

Organizers of the competition, the Greater Accra Regional Football Association, mentioned that it was to keep all the division 2 Clubs in the region active following the inactivity of football in the country for some time now.

Below is the list of individual winners of the competition: