David Mawutor Gets Award In Kazakhstan 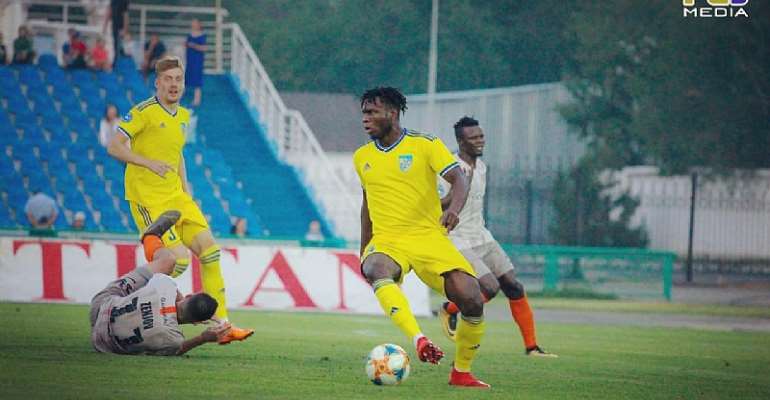 Young Ghanaian midfielder who plays for FC Zhetysu Taldykorgan in the top flight division in Kazakhstan has been awarded as one of the best player's in the league.

He was rewarded by the Kazakhstan Football Association.

The former Juventus of Korle bu, a second division team player who braved through the professional ranks has found his rhythm and playing very well in Europe.

He also featured for Thy Word FC at Mamprobi and was one of the fans favourite.

According to one of the upcoming star scouts in Ghana, King Reggie, Mawutor is a rising star to watch as he can make it bigger with the right motivation and inspiration.

He said the player has talent and he is disciplined, so he has the chance to break into other big clubs.

Mawutor is one of the players knocking on the doors of the Black Stars of Ghana.