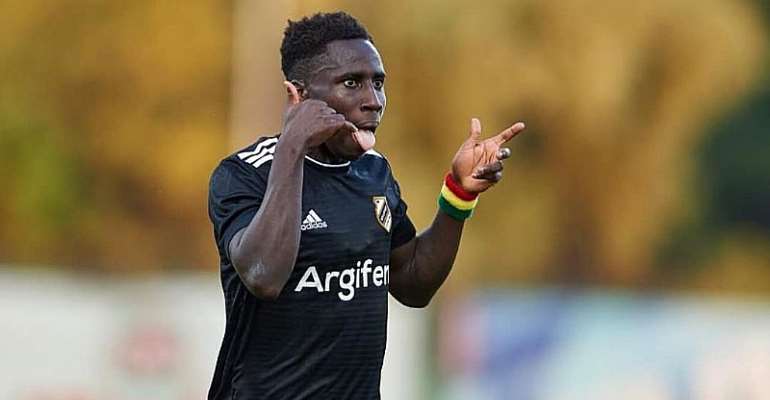 Ghana's new sensation, Samuel Owusu has admitted that he was in disbelief and surprised when he was told he had been called up to the senior national team's camp ahead of the Africa Cup of Nations.

The 23-year-old has been named in Kwesi Appiah's final 23 man squad for the tournament that starts on June 21 to July 19.

Owusu, who plies his trade with a Serbian club FK Čukarički could not hold his joy as he disclosed how happy he was to be included in the Black Stars squad.

Speaking to the press, the pacy Ghanaian winger expressed his joy and how privileged it is to play for your country.

"I was overwhelmed when I received the call up to join the stars in camp and as though I was excited I am also looking forward to the challenge and I am not going to leave anything to chance," he said.

The FK Čukarički winger has vowed to do his part to help the Black Stars to victory in Egypt as the team prepares to conquer Africa for the first time in 37 years.

Ghana will play against Benin at the Ismailia Stadium on June 25.

The Black Stars are expected to arrive in Egypt on June 20.