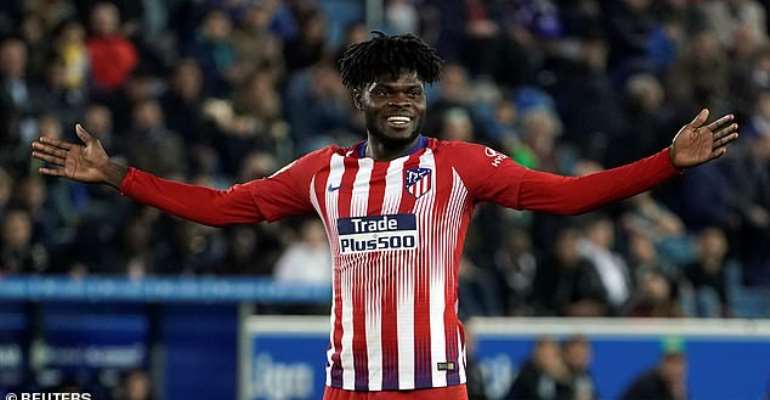 Thomas Partey's father has sensationally admitted that he would love to see his son playing the Premier League.

The energetic midfield dynamo has been linked with a move from the Spanish club despite having a contract until 2022.

Inter Milan, Manchester United, Arsenal and Manchester City have all expressed interest in securing the services of the Ghanaian midfielder ahead of the new season.

The 25-year-old year enjoyed a brilliant season with the former La Liga champions but seem to be looking elsewhere.

Ajingo as he is famously called, wants his son to switch to England after reportedly receiving offers from Manchester City and Manchester United.

“I’ve told him to go ahead with his career,” he said during an appearance on Enigye FM.

“If they don’t value him where he is now then they can value him elsewhere.

“That’s why he’d like to go to England if he has the chance to.”

The 25-year-old could seal a deal this summer from Atletico Madrid.

Partey is currently priced at €50million.

He has played for the likes of Almeria and Real Mallorca in the Spanish La Liga.