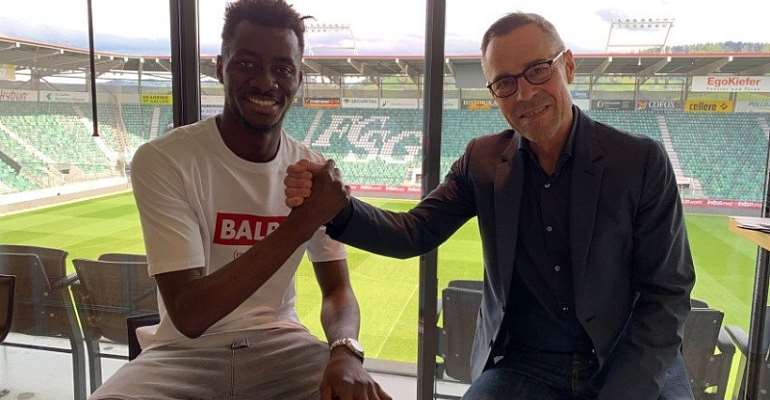 The versatile defender joined the Swiss side on loan from Ghana Premier League side WAFA. After impressing in the second half of the season, the Swiss side has decided to make his stay permanent at the club for the next 3 years.

After completing the deal on Saturday, May 11, 2019, President for St Gallen, Matthias Hüppi shared that they are happy to have signed the player on a permanent basis because he fits perfectly into their team.

“Musah Nuhu showed during the winter training camp that he will become a key member of our squad planning for the coming years. A young defensive player with great potential, who also fits perfectly into our team. With a big portion of patience, he has evolved steadily and convinced us with his qualities”, he said.

The 22-year-old former WAFA man has impressed in the short time he has been at the Swiss club. Even though he has only featured 9 times for the side, they believe he has great potential and hence their decision to hand him a 3-year contract which will see him at the club until 2022.

Musah Nuhu is a member of Ghana's Black Meteors team seeking to qualify for this year's CAF U23 Cup of Nations in Egypt.