Kwesi Appiah Reveals Why Asamoah Was Unused In Kenya Clash 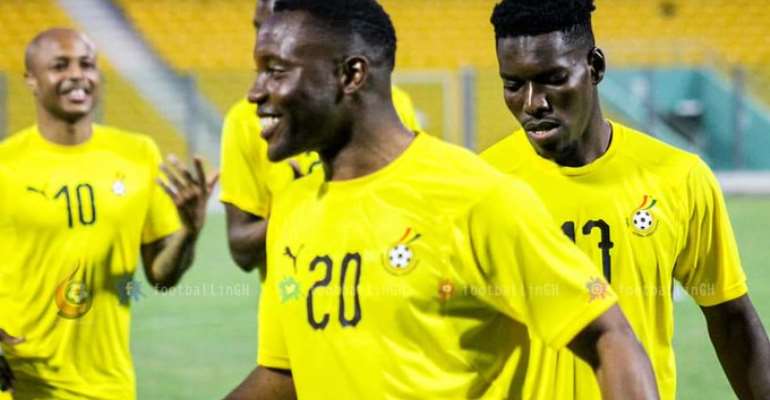 Ghana coach James Kwesi Appiah has shed light on his decision to leave Inter Milan ace Kwadwo Asamoah on the bench as the Black Stars beat Kenya 1-0 in the 2019 Africa Cup of Nations qualifiers on Saturday.

The 30-year-old utility man, who has made a return to the team after withdrawing from the last international in November, was an unexpected absentee from the line-up and an even bigger surprise as an unused substitute in the matchday six tie at the Accra Sports Stadium.

Instead, Turkey-based Lumor Agbenyenu was preferred at left-back, with the Spain-based duo of Mubarak Wakaso and Thomas Partey deployed in midfield.

“Actually Kwadwo Asamoah was in my plans; as to whether he would start or sit on the bench, you know I had to make the final decision," Appiah said at the post-match conference.

“For some time now, I have been using Lumor [at left-back], and I believe that he had to start, so that along the line I may bring Kwadwo in.

“I was looking at Kwadwo in a way that I may use him at the back or use him in the midfield role.

“So I decided to keep him on the bench for [the time], so as the game went on, I would think of whether to bring him or not."

Ghana had to labour for three points on Saturday as it took an 82nd-minute goal by substitute Caleb Ekuban to separate the two sides.

“In the first half, we created a lot of chances," Appiah remarked.

"If you really watched the game, you would realise a lot of chances were created.

“Even in the second half, we created so few.
"In football sometimes you create the chances but if it won’t go in, it won’t go in."

Ghana have now secured their eighth straight qualification for the Afcon, which is slated for Egypt in June/July.