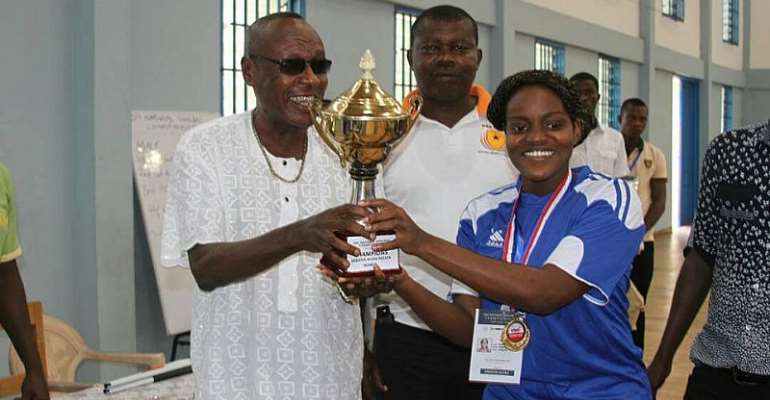 The Ghana Blind Sports Association is placing an SOS call to the sports Minister Isaac Asiamah to come to the aid of the Goalball team as both male and female teams are billed to participate in the 2019 IBSA Goalball and Judo International Qualifier from 29 June – 9 July in Fort Wayne, Indiana, USA.

The competition is a crucial chance for teams to secure their ticket to the Tokyo 2020 Paralympic Games. Sixteen slots have been given to each gender.

According to the President of the Ghana Blind Sports Association Eric Kissi they have presented their budget to the sports ministry and is expecting the sports ministry to support them. “We are running against time March 31st is the deadline and we have to pay our registration fee.”

“We have not had the opportunity to meet the minister we know he is busy person but again we are appealing to cooperate bodies to come to our aid.”

The Blind male Goalball team made their first international appearance in an African Championship in Kenya in 2013 and placed 5th in a 8 team competition and the female team were is South Korea in 2015 for the women world championship and places 7th in a 12 country tournament. Two blind athletes represented Ghana at the African Games in Brazzaville, Congo, in 2015.

(10) ten regions in the country. The GBSA has held two national competitions in 2015 and 2017. The Association instituted the AU DAY Goalball Championship in 2016 that is held on every MAY 25th and has since been held across some regions notable Eastern Region, Greater Accra, Ashanti Region and this year’s edition will take place in Sunyani on May 25th 2019.