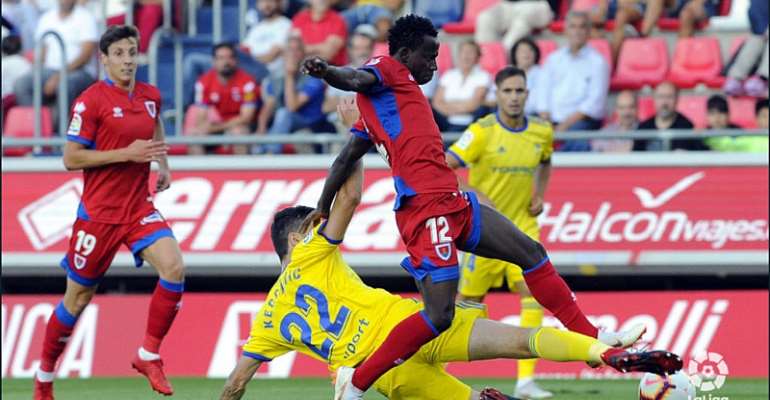 Yaw Yeboah has offered an apology to CD Numancia fans after their 2-0 home defeat against Almeria, with the Ghanaian vowing that Aritz Lopez Garai's men will bounce back.

Yeboah, who was at his usual best for the Reds, could not inspire the side to pick the maximum points in front of their teeming fans as they fell to their second defeat of the campaign.

Speaking after the game, the 21-year-old said that after a week of build-up to the game, he could not believe it had turned out the way it did.

"After a whole week waiting for the match I could not imagine a Sunday like this,' he said.

"It's very shocking because we prepared really well for this game but it wasn't to be. I feel so hurt for the fans who came here in their numbers to cheer us but it's part of football. We are sorry."

"We'll keep working on our flaws and bounce back against Osasuna next week."

Yeboah, who joined the side in the summer from Manchester City, has established himself in the side, scoring once in five appearances, and has twice been named the Most Valuable Player.