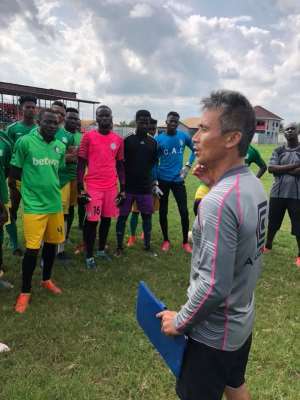 The former Hearts of Oak and Inter Allies trainer took over following the exit of Yusif Abubakar on Tuesday.

Yatsuhashi will take charge of his first game on July 18th when his new side take on Vita Club of DR Congo in the CAF Confederation Cup.

Aduana Stars have picked one point after two games and lying last in the group.

However, he will be hoping to turn things around of the 'Fire Boys' when the Zylofon Cash Premier League resumes after finishing at the 14th position with 14 points at the first round of the league.