On To The Next: Asamoah Chasing Muntari After Overtaking Appiah 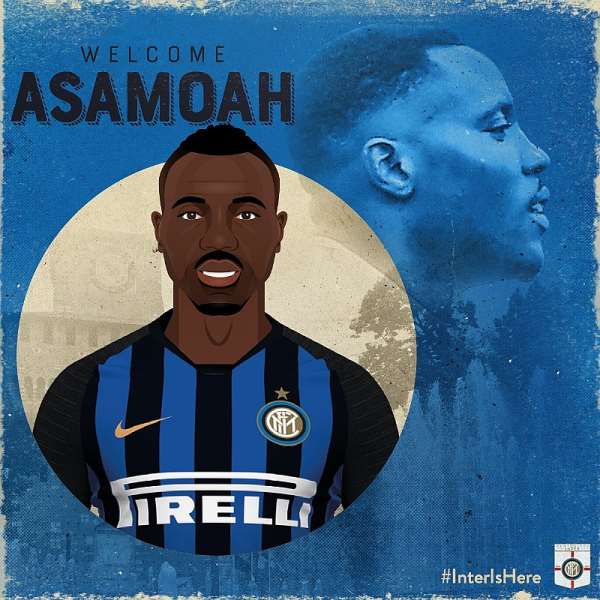 When, in summer of 2006, Stephen Appiah and Sulley Muntari — then in their prime — were representing Ghana at the Fifa World Cup in Germany, fellow midfielder Kwadwo Asamoah, no older than 17 at the time, was only just starting out at Liberty Professionals — the very club at which Muntari launched his career and in the same city where Appiah cut his teeth.

Four years later, when Ghana made its second appearance at the Mundial, Appiah and Muntari were still part of the squad, but their influence had begun to wane and both had been shunted to the periphery; Asamoah, this time, was a central actor as Ghana made a run for a historic semi-final berth that almost materialized.

A move to Serie A side Udinese — the club at which Appiah and Muntari commenced their own European adventures — catalyzed Asamoah’s rapid rise and, before long, bigger ponds had opened up on the peninsula into which he could dive. Eventually, he chose Juventus in 2012, at a time when he was unarguably Ghana’s top export. Backing Asamoah and trumpeting his credentials was Appiah, himself a former Juventus player — the first Ghanaian to adorn himself in the Old Lady’s famous black-and-white colours, in fact.

“I think that Kwadwo Asamoah has proved that he is one of the best midfielders in Italy,” the ex-Ghana skipper told Goal.com in 2012.

“I believe he is going to do well there. Juventus is a great club and I wish him all the best at Juventus.”

Those words spurred ‘Asabob’ on, as did his own amazing talent and hard work, in helping him carve quite a reputation in Turin. In the six years that followed, Asamoah racked up 156 games of football and 13 major trophies — far more than Appiah managed in his underwhelming two-year spell on both counts. And the numbers could have been even greater, with respect to playing time at least, had Asamoah not been plagued by injuries that claimed some of his best years. Still, he was excellent and instrumental to the cause whenever available, despite often playing out of his preferred spot in the middle of the park, comfortably outdoing Appiah as the most successful Ghanaian to put on a Juve shirt.

In May 2018, Asamoah announced the end of his stay with Juve, switching camp to the Bianconeri’s biggest domestic rivals, Inter Milan, in a three-year deal announced only days ago. It’s a move that would keep Asamoah in the spotlight, albeit at a club that has had fewer successes in recent years. While Juve guaranteed Asamoah a consistent stream of glory amid limited opportunities, Inter promise a more challenging and active experience: a solid plan to reach the top again and the licence to enjoy a starring role in that project.

As a personal mission, the prospect of overtaking Muntari in the affections of Inter fans would appeal to Asamoah who, despite being a ripe old 29 and a serial winner, remains as ambitious as ever. Beating, or even matching, Muntari’s remarkable triplete (the treble of Serie A, Coppa Italia, and Uefa Champions League silverware) in 2009/10 might be a hurdle too high to attempt, but establishing himself as a bona fide Inter legend in a sense Muntari — generally a fringe player while serving in the blue half of Milan — never quite became is a target well within reach.