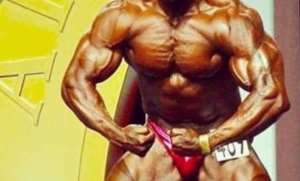 Mr Trevor Chang, president of Great Britain's World Amateur Bodybuilding Association (WABBA), has said the sport has a brighter future, taking into consideration the abundance of talents in Ghana.

In an interview with GNA Sports after the conference, he lauded the local association for their massive effort in the sports of bodybuilding, which has dwindled on the local front considering the numerous thrilling talents and further urged them to be more aggressive in their search for quality talents ahead of the WABBA Mr Universe contest.

''WABBA Ghana are doing the right things by creating the awareness and exposure, and they are putting in place some top level competition. The plan for us now is to move towards a national team for Ghana at the Mr Universe contest in Estoril, Portugal.''

Commenting on the participant judges at this year's conference, Mr Chang lauded participants who passed the test and believes they would create a fair judging panel for future competitions.

''There is a future for Ghana's bodybuilding and not everybody would pass the judging test but you would enough guys who will create a good judging panel and how contest are lost and won is the foundation of any good federation,'' Trevor noted.

Participants in the judging seminar were awarded certificates from the WABBA International, whilst Christopher Addo and Seidu Omar emerged winners in the men's physique and bodybuilding contest respectively.