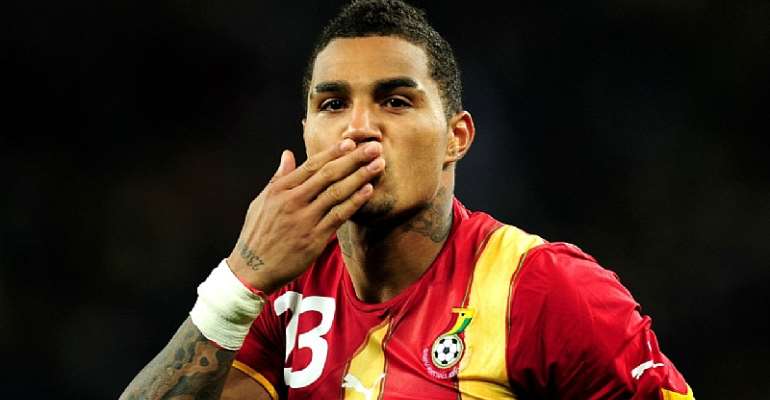 Former AC Milan and Las Palmas midfielder, Kevin-Prince Boateng has been again voted as Ghana’s most influential footballer on social media, according to a report by Avance Media, CliQAfrica, eazzysocial and Dream Ambassadors Foundation GH.

The rankings was done based on the number of likes, engagements and mention a player commands on various social media platforms.

Eintracht Frankfurt midfielder has over 6.5 million followers across Facebook, Twitter and Instagram also recorded over 200,000 new followers in 2017 and he is been followed keenly by his former teammate and former Chelsea midfielder Michael Essien, Juventus player Kwadwo Asamoah and Newcastle winger Christian Atsu.

Below is the 2017 Top 10 Most Influential Footballers on Social Media: