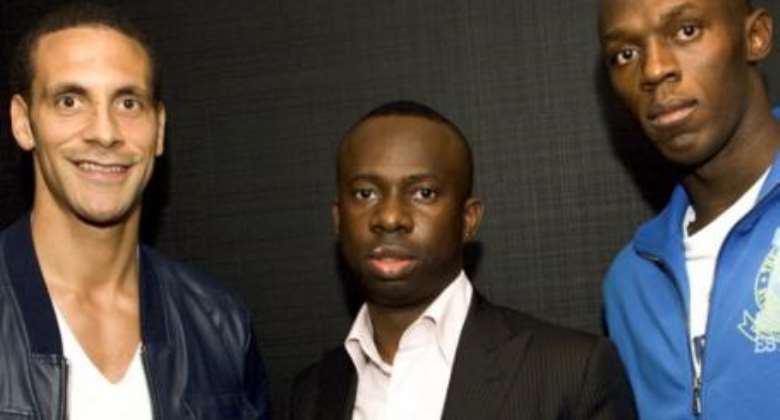 Renowned football agent and founder of NVA Entertainment Group Chris Nathaniel is in Ghana on a football mission to recruit talents for the international market.

The UK-based agent responsible for the rise of Ghanaian youngster Edwin Gyasi, told the Daily Graphic in an interview that his aim is to give a different dimension to the traditional style of a football agent that people are already conversant with.

For Nathaniel, it's not about the quantum of talents he is able to identify but the sizeable number he can provide good training for.

'… everything they do on and off the football field is well taken care of right from a nutritionist, extra training and anything they need to develop their talent,' he said.

The top football agent explains that footballers' lives must be programmed such that they will be a burden on society after their retirement.

He talked about the exemplary life of former Manchester United and England skipper Rio Ferdinand as a player his organization has helped to become a useful figure even after his career becoming an entrepreneur of several businesses and a TV pundit.

Nathaniel, who has worked with several other high-profile talents, including John Terry, Samuel Eto'o, Wilfred Bony and Usain Bolt, adds that his outfit intends to establish in Ghana soon to collaborate with the Ghana Football Association to identify talents to be taken outside.

According to him, the scope of their search will not be limited only to the academy but will also be spread to the local league and other avenues where talents can be spotted.

He said his agency was venturing into the African terrain for the first time and decided to choose Ghana because he traced his roots to the country and also due to the talents that abound here.