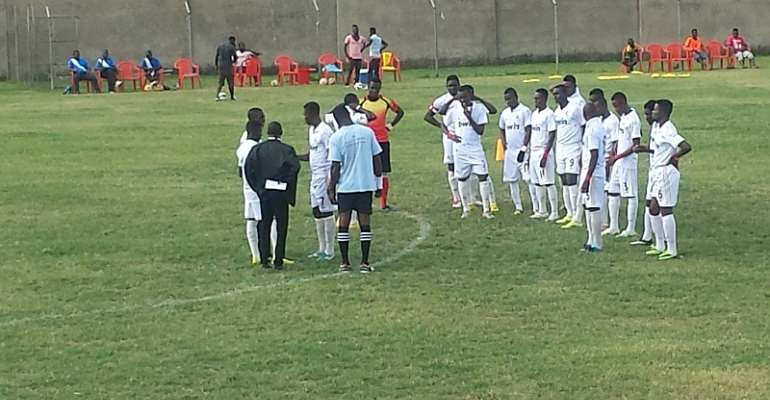 High flying Bekwai Academy have secured a ticket to the 2016 Division Two middle league for a chance to join the Division One League following their 3-1 win over Obuasi-based side Vita Club.

Two goals from Richard Berko and one from Aminu Mohammed ensured the Bekwai-based side triumphed over their opponents despite playing away from home.

Stupendous striker Richard Berko opened the scoring for the visitors in the 15th minute of the game but the home side leveled the scoring ten minutes later before Berko added this second five minutes to the break.

Aminu Mohammed added the icing on the cake by adding the third for the Bekwai boys deep in the second half with seven minutes to end proceedings.

The Bekwai-based side have therefore progressed to the middle league stage to compete for a slot in the Division One League.

With support from the sitting Member of Parliament for the Bekwai Constituency, Joe Osei Owusu, the head coach of Bekwai Academy is hopeful his side will make it into the second tier league.

"We have enjoyed tremendous support from him (The MP) and we are hopeful that he will continue to support us in the middle league,"Coach Abdul Rahman said.

"We are determined to make it into the Division One League next season to relive football in Bekwai," he added.

The average age of the Bekwai Academy side is 19 and the coach says it has been their main driving force.

The date for the middle league is not yet out as the Ashanti Region Football Association are yet to announce a new date after changing the original 3rd October date for the competition.

‘We Won’t Tolerate LGBTQ+’ —Ga Chiefs back criminalization b...
7 hours ago