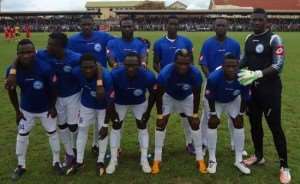 The ‘Fire’ club looks to revamp the side after coming close to yet another Premier League success in the just ended campaign.

Aduana finished second to AshantiGold in the Premier League with a margin of six points.

The Dormaa-based club feel the team is aging with the existence of several veteran players.

The club thus look to release 10 of their players mostly senior players to make way for much younger players ahead of the start of next season, GHANAsoccernet.com is reliably informed.

Coach Abdul Rahman Ameyaw will be meeting executives of the club in the coming days to identify the senior players to be transfer-listed.