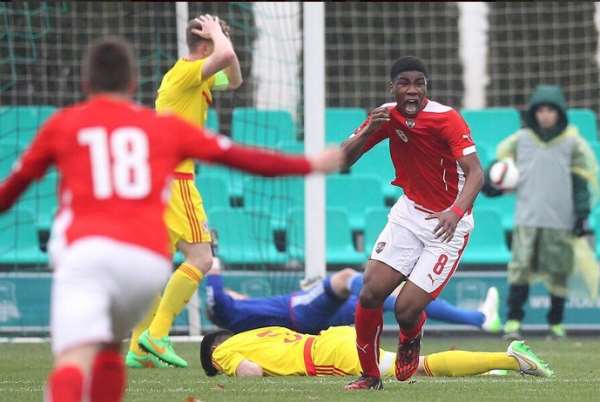 Augsburg FC U17 attacking midfielder Kevin Danso scored a stunning brace to send Austria to the 2015 Euro U17 tournament as they hammered Wales 3-2 to seal their place on Monday evening in Vienna.

The 16-year-old scored both goals within three minutes (37th and 40th minutes) before his team-mate Ramadani sealed the win with Wales scoring two late goals.

Danso's first goal was a true moment of genius as he chested the ball inside the box before sending a fierce low drive through to put his side up. The second arrived three minutes when he squared for a ball inside the box and walled it nicely to beat the visitors keeper.

While he was enjoying memorable moments on the night, his fellow Ghanaian compatriot Samuel Oppong was on the Austia bench.

Both players have been hugely influential for Austria in the qualification for the tournament. Oppong plays for Rapid Wien's U17 side while Danso is with German Bundesliga side Augsburg FC.