GFA Calls the Bluff of Dzamefe's Commission of Inquiry........., Put Ayariga in a Dilemma 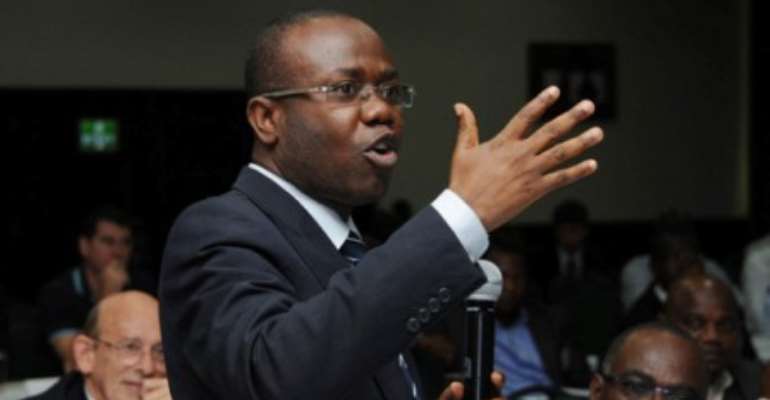 The Ghana Football Association kept to its promise of presenting the loan it received from the government to paying for the appearance fees of players and management members at the 2014 World Cup despite a letter from the Justice Senyo Dzamefe's Commission of Inquiry ordering the FA to halt the payment.

The GFA got to the Ministry of Youth and Sports at around 3pm. The delegation was made up of Mr. Kwesi Nyantekyi (President), Mr. Fred Crentsil (Vice President), Mr. Ibrahim Sannie Dara (Communications Director) and Mr. Fred Gyimah (General Secretary).

"We were informed about the commission's letter at the last minute, but nonetheless we had prepared our letter and cheque so we have presented our cheque to the Minister," Nyantekyi said.

" Before the World Cup we reached an agreement with the government to give us a loan to help us finance our team for the tournament so that we'll intend pay back when FIFA pay us the appearance fees so we came to honour our promise," he noted.

www.sports24gh.com can confirm that the actual amount the GFA took from the government is $4,300,000 (Four Million, Three Hundred Thousand USD).

However, when sports24gh.com contacted the Minister of Youth and Sports, Hon. Mahama Ayariga he confirmed that the GFA has brought a cheque of $4,300,000 to his outfit, but he's been in a dilemma because the commission of inquiry investigating into Ghana's participation in the 2014 FIFA World Cup had written to him not to accept the $4m but the whole amount FIFA sent to the FA.

"This afternoon I received a letter from the Commission of Inquiry saying that the Ministry should demand for the entire amount so I'll forward the Commission's letter to the GFA," Honourable Ayariga said.

"As it stands I don't know whether I should take the 4m or demand for the entire amount as the Commission suggest because I wouldn't want to interfere with the work of the Commission of Inquiry investigating in the 2014 World Cup," he added.