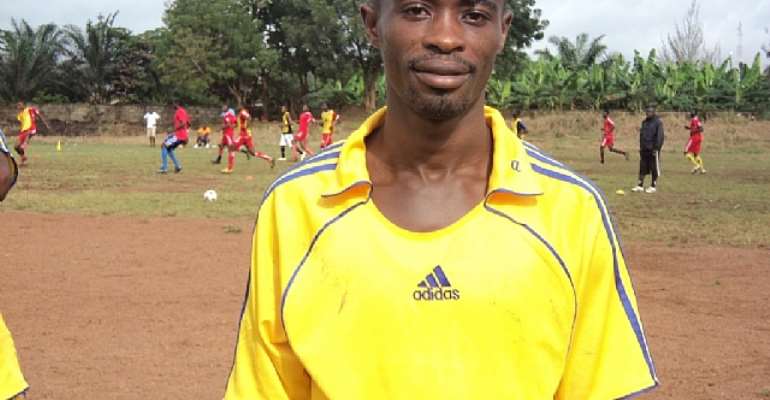 Latif Salifu has returned to full-scale training at Berekum Chelsea.

Berekum Chelsea have been boosted by the return of their top scorer Latif Salifu who has begun  full-scale training in pre-season.

Salifu was sent to the treatment room after picking up an injury in the local Black Stars camp in April this year.

He spent two months on the sidelines and missed nine league matches during the second round.

But the former Liberty Professionals man returned to play in the season's final match at Heart of Lions.

“He has been training with us. It was not any serious injury that he picked.He is fully fit now” the club's spokesperson Isaac Amponsah told GHANAsoccernet.com

Berekum Chelsea will entertain  King Faisal in the league opener at the Berekum Golden City Park.

Census: People suspect us to be armed robbers, some attack u...
27 minutes ago