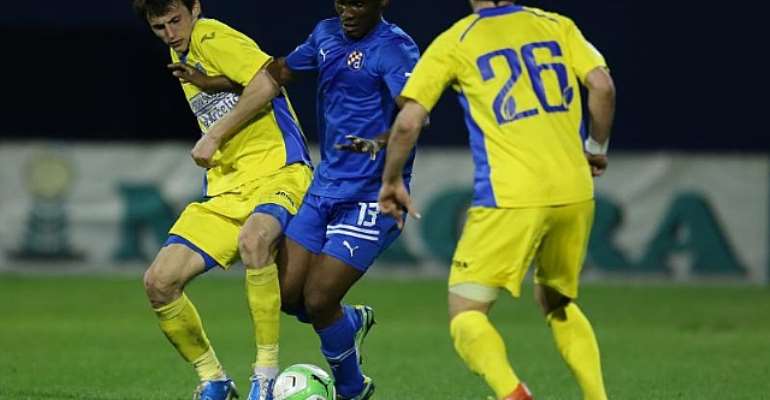 By Akyereko Frimpong Manson
Ghana defender Lee Addy set up a goal for Croatian giants Dinamo Zagreb who crashed out of the Uefa Champions League despite winning 3-2 against Austria Vienna in an away fixture in a play-off tie on Tuesday night.

The versatile full-back lasted the entire regulation minutes of the game for the ten-man Modri at the Generali Arena in Vienna as they recorded a shocking win.

Marcelo Brozovi? stunned the home fans with a 33rd minute super strike which was assisted by Ghanaian defender Lee Addy.

Zagreb went 3-1 ahead but the hosts stroke late in the game to score a vital goal to seal their passage to the next stage of the competition.

Elsewhere at the Emirates Stadium, Arsenal cemented their place in the group stages after wrapping up a 5-0 aggregate win over Turkish side Fenerbahce.

Ghana's Emmanuel Frimpong was an unused substitute as Aaron Ramsey scored a double to propel the Gunners.