By David Legge
Cup of Nations 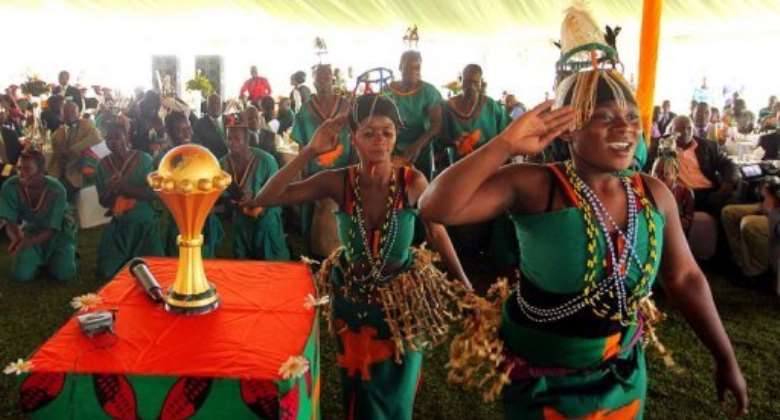 JOHANNESBURG (AFP) - African champions Zambia were foiled twice by the woodwork as a second-half comeback away to Tanzania this weekend failed to prevent a 1-0 Cup of Nations Cup warm-up loss.

Impressive substitute Mukuka Mulenga and Felix Katongo struck the post in Dar es Salaam after Mrisho Ngassa had put the home team into the lead on the stroke of half-time at the National Stadium.

Ngassa, who fired five goals against Somalia in a recent regional tournament, outpaced Kampamba Chintu and rounded goalkeeper Daniel Munyau to earn victory for a team 96 places below Zambia on the FIFA world rankings.

Several Zambians, including usually inspirational captain and 2012 BBC African Footballer of the Year Christopher Katongo, were below par and coach Herve Renard made numerous second-half changes.

Stoppila Sunzu, scorer of the decisive penalty when Zambia upset favourites Ivory Coast last February to lift the Cup of Nations for the first time, made a big difference in defence when he came on.

Zambia have four more friendlies lined up before starting to defend the title on January 21 with a Group C clash against Ethiopia in north-eastern South African city Nelspruit.

Chipolopolo (The Copper Bullets) face Swaziland in Nelspruit on January 5, Morocco in Johannesburg three days later, Norway in Ndola on January 12 and return to Nelspruit for a January 15 date with Namibia.

Nigeria, shock absentees from the 2012 Cup of Nations, and Burkina Faso are the other Group C contenders and the Super Eagles and Zambia are expected to fill the top two places on the final table and reach the quarter-finals.

Angola completed a three-match build-up this month by defeating Rwanda 1-0 thanks to a Mingo Bille goal before a large crowd at Estadio 11 de Novembro in Luanda that included President Jose Eduardo dos Santos.

Mingo Bille struck after 10 minutes for the Black Antelopes, who drew with Gambia and beat Cameroon in other games designed to prepare the team for Group A games against hosts South Africa, Morocco and the Cape Verde Islands.

Lehlohonolo Majoro and Siphiwe Tshabalala scored within 10 minutes of the kick-off to set up South Africa for a 3-1 victory over Malawi at Moses Mabhida Stadium in Indian Ocean city Durban.

Josephy Kamwendo halved the deficit by converting an early second-half spot kick only for Bafana Bafana (The Boys) to seal success from another penalty with substitute Max Mahlangu sending Simplex Nthala the wrong way.

More warm-up matches ahead of the January 19-February 10 Cup of Nations tournament at five South African venues are scheduled for next weekend with Togo visiting Oman and Tunisia tackling Iraq in Abu Dhabi.