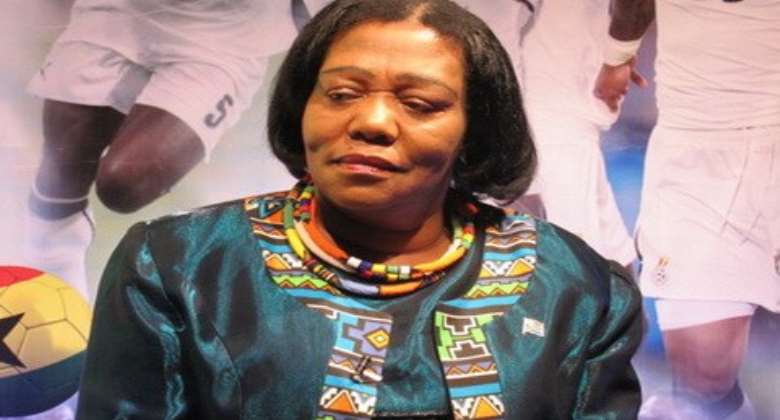 South Africa's High Commissioner to Ghana, Jeanette Ndlovu, believes that in spite of a recent betting scandal that allegedly implicates five officials of the South African Football Federation; the effective organisation of AFCON 2013 will not be hindered.

She believes that although the development was unfortunate, the immediate measures taken to replace the five officials as well as investigations launched into the matter will help keep the focus on organising the tournament.

Madam Ndlovu, speaking on Wednesday's edition of the Joy Sports AFCON Diaries, said, “it is very unfortunate. I think that anytime you have the kind of money involved in any enterprise such as football, you will find people being tempted and try to cut corners and make money and so forth. This is very disappointing for South African football fans.”


“However, the position that has been taken currently is that the investigations are ongoing and fortunately people like Danny Jordan have stepped forward to say that they want to help with the organistation of the AFCON. Also Pinky Lehoko is now acting CEO and she played an active role in the organisation of the South Africa 2010 World Cup,” she reported.

The President of South African Football, Kirsten Nemantandani, and four members of his administration have been suspended following the fixing of results of four friendly matches that South Africa played in preparation for the 2010 World Cup.

Investigations by FIFA indicated that the friendly games against Thailand, Bulgaria, Guatemala and Colombia were pre-arranged to benefit an Asian betting syndicate.

Despite this unfortunate occurrence, H.E. Jeaneatte Ndlovu is convinced that fans will still enjoy the tournament and have fun. “The truth of the matter is that, that one incident should not stop us from having fun and make sure that we support our own continental tournament.”

Meanwhile, the South African High Commission in Ghana is making provisions for as many home fans as possible to acquire visas to watch the tournament in person. Matches will be played in five venues, Port Elizabeth, Cape Town, Thekwini, Rustenberg, and Mbombela, while the Soccer City Stadium in Johannesburg will host the opening and final matches only.

Galamsey fight: Godfathers have disowned their child but wil...
48 minutes ago