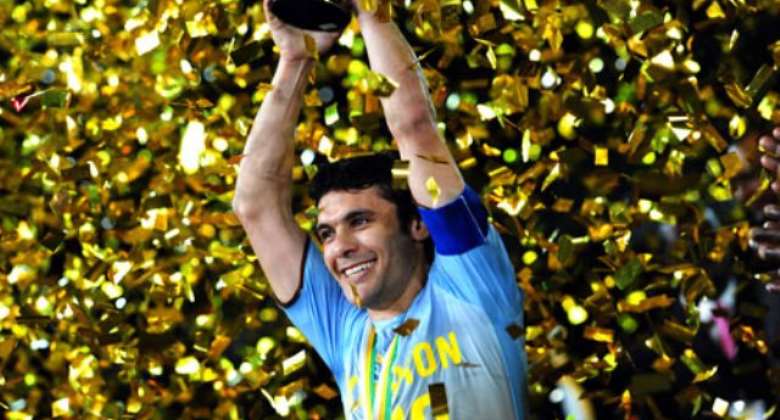 
Barry Aldworth of South Africa has been named the winner of the CAF/Standard Bank Photo of the Tournament Competition.

The competition, which is in partnership with the Confederation of African Football (CAF), was designed to help Standard Bank find an iconic image that would capture the passion, excitement and euphoria of the Orange Africa Cup of Nations (AFCON) Tournament of 2010.

It was open to officially accredited African photographers covering the event in Angola between 10 and 31 January 2010.

Of the several entries received from eight countries; Aldworth's picture of the Egyptian captain, Ahmed Hassan holding aloft the trophy was selected as the winning image for the competition as it symbolized the euphoria of AFCON 2010.

The picture, according to the panel of judges has all the elements of pride, excitement, elation, leadership and victory - of a winning picture.

Aldworth will take home 10,000 dollars cash and will be part of an exhibition in Johannesburg, whilst the winning picture will be displayed at the exhibition at the Halakahsa - the Standard Bank Gallery to showcase art and images that convey African football.

Standard Bank, the official financial services sponsor to CAF and the AFCON, with an eight year deal, launched the competition for the 2010 CAN competition with the aim of rewarding creative talents as part of their commitment to develop and nurture the game in Africa.

Clement Motale, Director of Group Sponsorship at Standard Bank, said "the competition highlights Africa's excellence in sports journalism, and reaffirmed once again that there is no shortage of talent in Africa."

He added, "This competition was our way of acknowledging the African media, who were instrumental in taking the AFCON to those fans who were unable to watch the spectacle in person.

"As the Bank with the biggest footprint in Africa, we wanted to share our passion for football with the continent - and through the winning image we will be sharing that passion with future generations of African football fans".