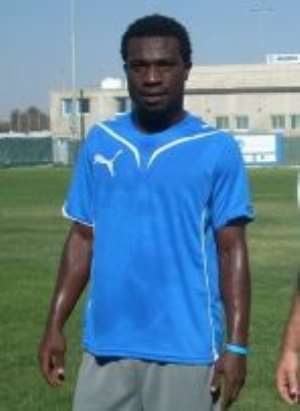 BONSU IS DETERMINED TO STAY ABROAD Ghana defender Godwin Osei Bonsu has joined Cypriot side AE Paphos from Hearts of Oak on a season's long loan with an option to seal a one-year permanent deal if successful.

The huge central defender impressed on trials and has re-united with former Hearts coach Eyal Lachman.

The 24-year-old was denied a contract at German Bundesliga side TSG Hoffenheim early this year after failing to impress.

He was a key member of the Ghana squad that won silver at the CHAN tournament held in Ivory Coast.