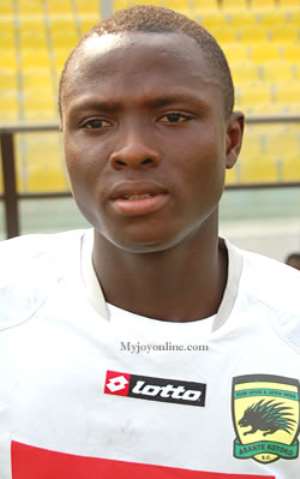 
Asante Kotoko have agreed a three-year deal with Swiss side FC Basel for the transfer of right-back Samuel Inkoom next season.

The transfer fee is speculated to be around a fee of US$ 700,000 but the move is subject to his medicals.

"I have to start from somewhere and Switzerland will prepare me for more things ahead because I want to play in England one day," Inkoom told Ghanasoccernet.com.

"Stephen Appiah is my mentor and I talk to him. Alex Nyarko has also played in Switzerland and he has been advising me on how to do the job there.

"I know the Kotoko fans do not like this but they have to understand that football is about chance and this is my time so I have to grab it."

The 19-year-old has been exhilarating at club level and earned rave reviews during the African Youth Championship in Rwanda.

He was a regular member of the local national Under-20 team which won silver at the CHAN tournament in La Cote D'Ivoire.

The player will leave for his medicals next month where a deal will be concluded if he passes.