Stade Rennais: It has been difficult for me - Kamaldeen Sulemana opens up on his injury situation 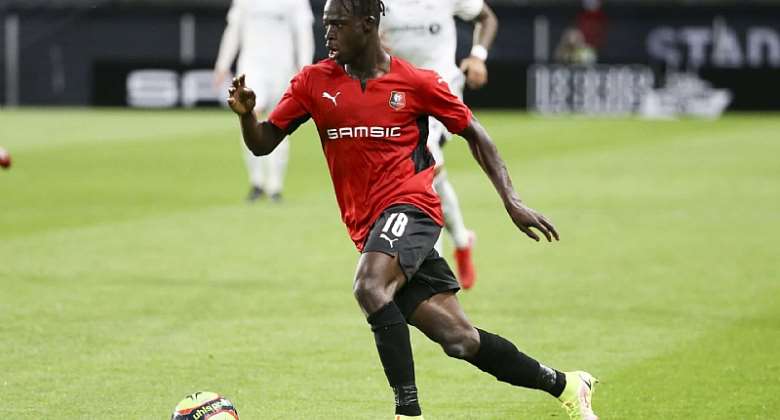 Ghana winger, Kamaldeen Sulemana has opened up on the difficult moments at Stade Rennais in the French Ligue 1 after months of nursing an injury.

The former FC Nordsjaelland forward has been out of action since February due to an injury after joining the club last summer.

The 19-year-old enterprising attacker picked up the injury two weeks before Ghana’s crucial 2022 World Cup play-off match against Nigeria and missed the double-header as the Black Stars booked a ticket to Qatar.

He was expected to be back after two weeks, the former Right to Dream Academy graduate has suffered several setbacks, and still remains on the sidelines nearly 6 weeks after he picked up the injury.

Speaking to the club website, the promising forward said it has been a difficult moment for him, especially considering his brilliant start to the season in France after joining Stade Rennais.

“It’s difficult. There are up and downs. I’m happy when the team plays well and has results but it’s difficult not to take part and just watch games in front of the TV or just sitting in the stadium,” he said.

“I’d like to be on the pitch and in the locker room doing what I know how to do and what I like to do. I cannot be satisfied. This is the first time I’ve been stopped for so long in my professional career.

“I didn’t have a problem when I was in Denmark. This injury has lasted longer than expected. It’s a bit of a roller-coaster.

“At the start of the injury, after two weeks, I felt good. I thought I could be back soon. You start running again, you come back to the field, and there you feel the pain. Then you work hard again, you do whatever it takes to come back and the pains come back again,” he said.