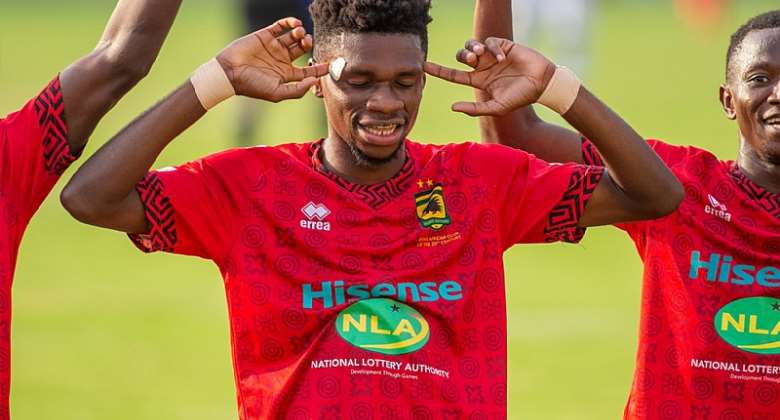 Asante Kotoko are winners of the Asanteman derby against Ashanti Gold SC thanks to a sensational hat-trick from in-form striker Frank Mbella Etouga.

The two Ghanaian top-flight league giants today locked horns at the Baba Yara Sports Stadium in a game serving as a matchday 12 contest of the 2021/22 Ghana Premier League season.

Despite both teams playing some good attacking football in the first half, neither side could get on the scoresheet as they went into the break on level terms.

The striker opened the scoring for the Reds in the 55th minute before netting two more goals in the 68th and 72nd minutes respectively.

Although Elijah Addai will net a consolation for Ashanti Gold SC, the team could not complete a comeback as they suffered a 3-1 defeat at the end of the 90 minutes.

With today's win, Asante Kotoko have climbed to the top of the Ghana Premier League table and with one outstanding game to play.