2022 WCQ: I don't remember the last time Ghana lost at home - Andre Ayew confident of a win against South Africa 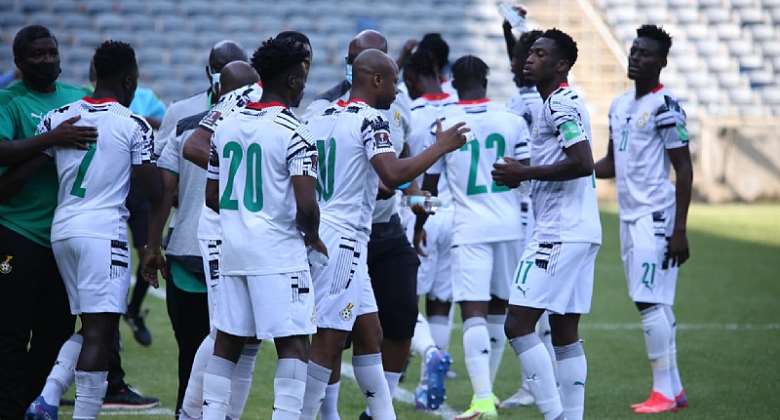 Ghana captain Andre Ayew believes they have the edge to beat South Africa in their final 2022 Fifa World Cup qualifiers.

The Black Stars who are three points behind Bafana Bafana on the table in African zone qualifying Group G need a win at all cost to ensure their place in the playoffs of the Mundial.

The match comes three days after Milovan Rajevac’s outfit were held to a 1-1 draw by Ethiopia.

According to Andre, Ghana's home record will play a key role in the game tonight.

"We have had good results at home, not just here in Cape Coast," Ayew said during the pre-match press conference on Saturday.

"I don't remember the last time we lost in Ghana so we need to stay like this, keep the same spirit and belief. We know we will not be able to do it without the fans. They should come in their numbers tomorrow and we will make sure we will give them everything they will be proud of.

"It is a tough one coming and there is a lot of pressure behind this game, from the nation and from us but that is why we play these kinds of games and now, we have to be ready to perform and make the country proud,” he added.

Ghana have not lost in their 24 home games in World Cup qualifiers, winning 18 and drawing 6.

The last time the Black Stars suffered a home defeat was against Liberia in 2001 in a 3-1.

The Black Stars, who missed out on the 2018 World Cup in Russia, have set sights on a prompt return to the global gathering.

In the first fixture between Ghana and South Africa in June, the latter registered a 1-0 home win to take over the top spot.

The Black Stars last hosted Bafana in 2019 for an Africa Cup of Nations qualifier, the match ending in a 2-0 win for the home side.