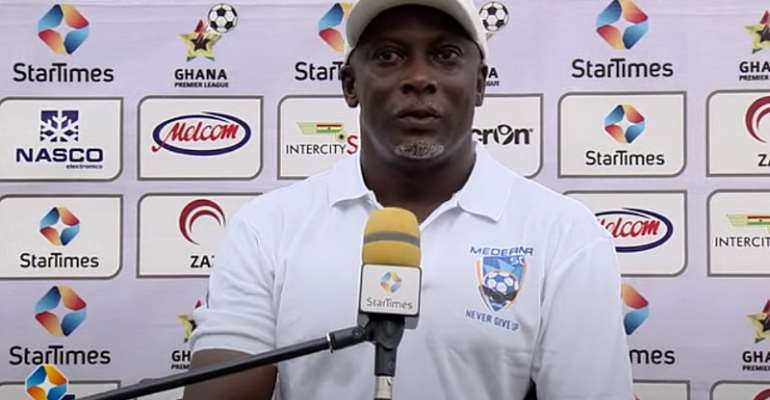 The Yellow and Mauve side suffered a 3-0 defeat to Hearts of Oak in the semifinal game at the Cape Coast Stadium on Sunday.

On Monday, Yaw Preko and assistant Yaw Acheampong following defeat have been shown the exit.

The Tarkwa based Premier League side appointed Preko and Acheampong in March until the end of the season after the departure of Samuel Boadu to the Phobians.

Medeama have however decided not to extend their engagement with the pair given the kind of results churned out by the club.

Medeama who finished fifth in the Ghana Premier League were eliminated from the FA Cup in the semifinal by Hearts of Oak.

Medeama were billed as one of the top favourites to clinch the title following a massive $300,000 sponsorship injection by Goldfields.