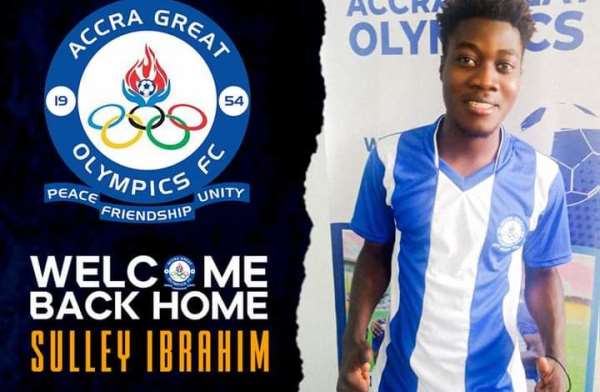 Accra Great Olympics have completed the signing of Ibrahim Sulley.

The youngster signed a deal with the two times Ghana Premier League champions until the summer of 2024.

Sulley has made a return to the Ghanaian top-flight league after failing to live up to expectations at Albanian outfit KF Tirana.

He was released by KF Tirana after ten months following his uninspiring performance during their 2020/21 season's campaign.

Sulley made only four appearances for the Albanian club before his contract was abrogated last month.

He has already represented Ghana at the U17 and U20 level.

Great Olympics are beefing up their squad for the 2021/22 Ghana Premier League campaign after finishing 7th on the league log under Annor Walker.