“I am the best in the world at 57kg”, says Samuel Takyi 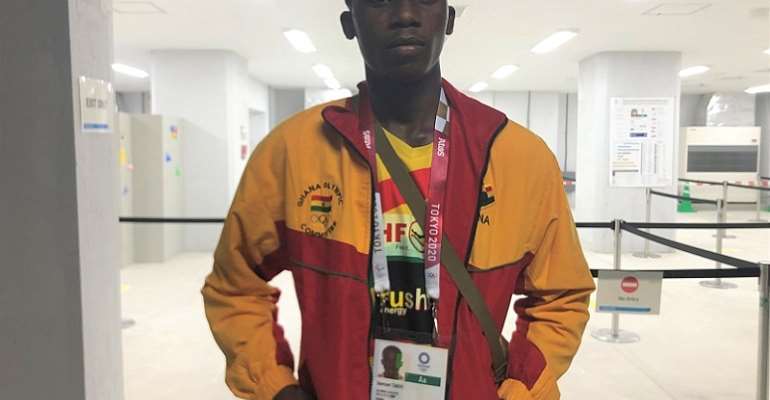 Ghana’s Samuel Takyi aka ‘The Golden Ring Warrior’ has declared that he is ready to fight on Saturday, July 24, 2021, to begin the nation’s search for a medal at the Olympic Games after many years.

He told Yours Truly after his workout with coaches Dr Asare and Vincent Akai Nettey that he believes he is the best at 57kg and it is time to prove to the world.

Each day his confidence and morale rise, but he remains focused to take home a medal.

He said, “for over 50 years Ghana has not won an Olympic Medal in Boxing, and I have been briefed about the history of Tokyo 1964 which I want to repeat.

“I am fully prepared and as I begin the competition for Ghana, all I need is prayers and good luck to win my first time to give the other athletes hope and vim,” he expressed.

The 20-year-old disciplined boxer thanked all those who motivated the Black Bombers, and he promised not to fail.

“I am wild like an eagle, a lion and a cobra. I know the Olympic Games is the biggest stage for every sportsman and I will make the world know me, that am from Ghana, and am the best,” he stressed.

He fights on Saturday, however, the balloting has not been made at the time of going to press.