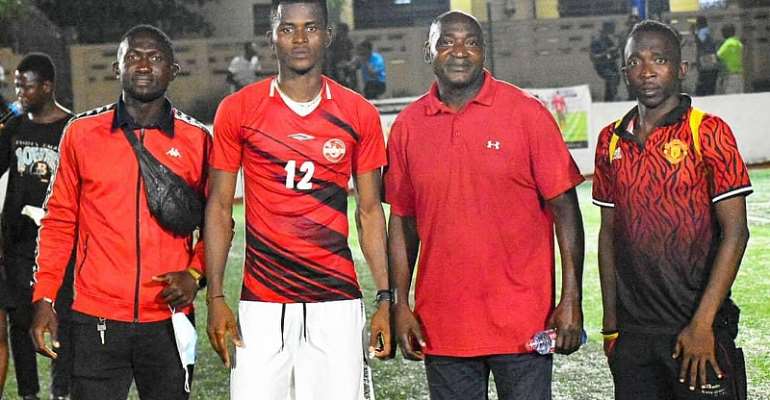 Speaking to the media after the game, Samuel Sarfo said, it was through the police team that he got the chance to play for liberty professionals which subsequently lead to his black stars call up hence he sees the need to come back to his roots and share what he has with time since they were instrumental in his success story.

“ I am very happy that today, I have been able to with the help of Urban Sports organize a charity match that will go a long way to help those in need. The focus of this match was not only for me to reconnect with my former teammates but also as a way of appreciating the efforts of the police administration, my old coaches, and others who played a very instrumental role in the development of my career. Once again, I want to use this opportunity to thank everyone who was able to make it here to watch the match, I believe they have enjoyed the game and we hope to organize more of these in the future’’ he stated.

Samuel Sarfo as a token of his appreciation also presented a citation to the Ghana Police Service Sports department which was received by DSP Boateng the sports officer.