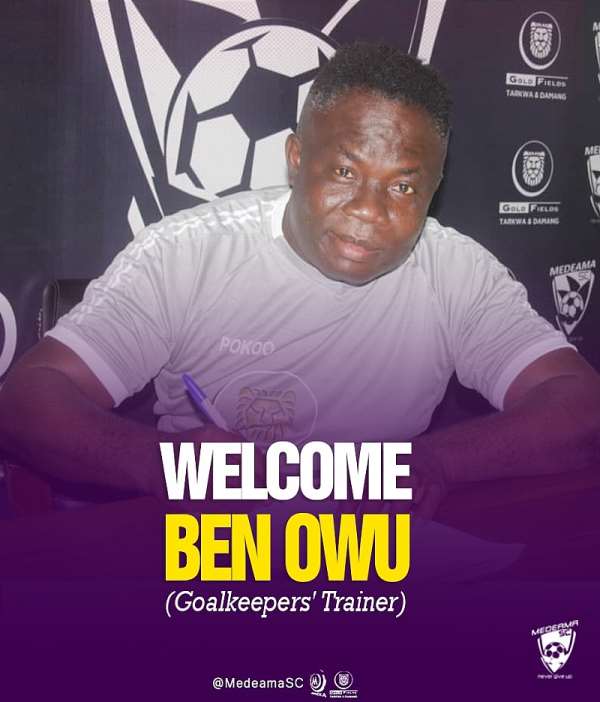 Ghanaian side, Medeama SC have announced that they have appointed ex-Ghana U-17 goalkeeper Ben Owu as the new goalkeepers’ trainer at the club.

The Ghana Premier League club after losing the services of head coach Samuel Boadu has decided to make some changes to the technical bench.

“Medeama SC have parted ways with goalkeepers' trainer Eric Amponsah. We thank him for his services to our great club and wish him well,” the club said in a statement on their Twitter page.

Hours later, Medeama SC has also announced that they have secured the services of former Ghana U-17 goalkeeper Ben Owu as the new coach to train the goalkeepers of the team.

“We are delighted to announce the appointment of former U-17 World winner Ben Owu as goalkeepers' trainer. Owu returns to Tarkwa after spells at Ashanti Gold SC and Hearts of Oak SC.

Meanwhile, sources have confirmed that the club is finalizing talks with coach Yaw Preko to make him the new head coach.