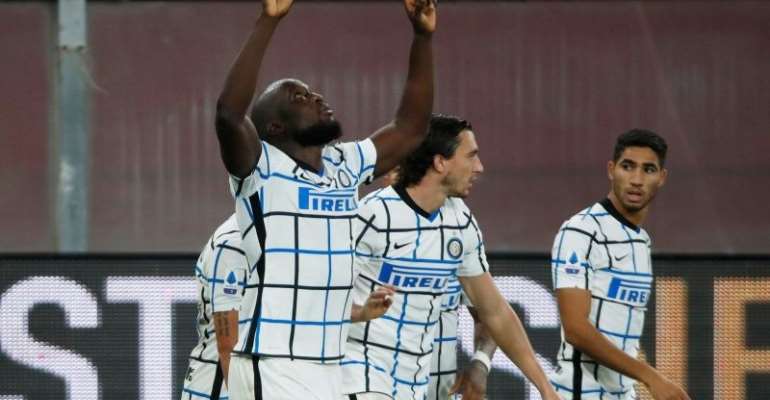 Inter Milan moved seven points clear at the top of Serie A on Sunday as Romelu Lukaku scored after 32 seconds and bagged an assist in a 3-0 win over midtable Genoa.

The Belgian striker drove through the heart of the visiting defence and fired in his 18th league goal of the season to register his club’s second fastest Serie A strike since Opta started taking records in 2004.

Lukaku teed up Matteo Darmian for Inter’s second after 69 minutes and was again involved for their third, when his shot was saved but headed in on the rebound by substitute Alexis Sanchez.

"We're top of the table and that's a good feeling for us," Lukaku told Sky Italia.

"We mustn't give up, last year we lost some of these games but this year we're growing.

"These matches are a chance for us to send a message to the other teams, but the season is long."

The result leaves league leaders Inter seven points ahead of second-placed AC Milan, who play AS Roma later on Sunday, and 10 points clear of Juventus in third.

Genoa, whose seven-match unbeaten league run came to an end, are 13th with 26 points.