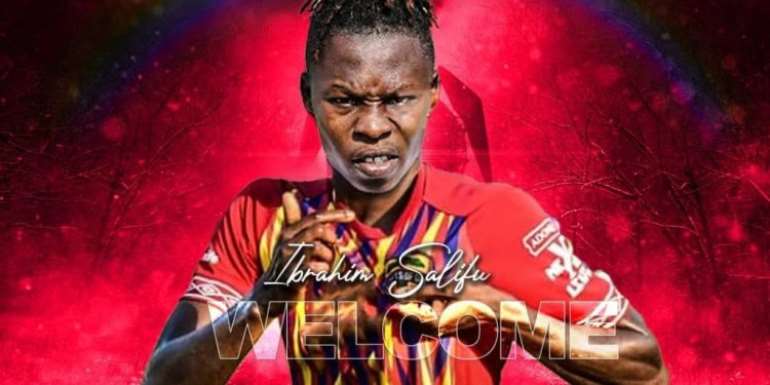 Ghanaian side, Techiman Eleven Wonders have announced that they have transferred star midfielder Salifu Ibrahim to Accra Hearts of Oak.

As reported by Modernghana Sports last week, the Phobians have secured the services of the attacking midfielder having monitored his outstanding performance in the first round of the Ghana Premier League.

While the fans of Hearts of Oak await the official unveiling of the midfielder, Eleven Wonders have confirmed that the transfer has indeed been completed.

“We respectfully write to inform our sponsors, media and all football loving fans that Salifu Ibrahim (DIMARIA) has been transferred to Accra Hearts of Oak on a 3-year deal,” part of a press release from the Techiman-based club has said.

The release from Eleven Wonders adds, “We thank him and his management very much for their services during his stay with us.”

Salifu Ibrahim is already in the capital and is expected to watch from the stands on Sunday, February 28, 2021, when Hearts of Oak takes on Asante Kotoko at the Accra Sports Stadium. 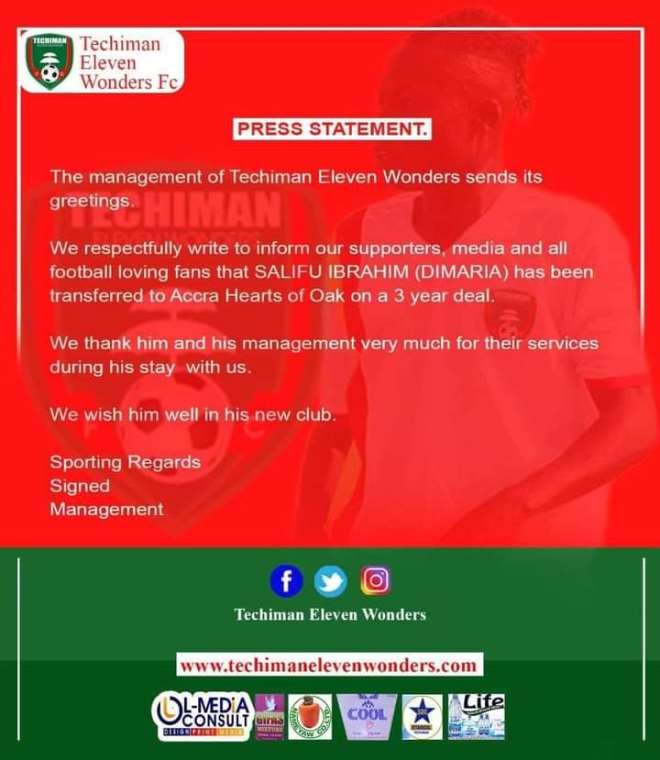