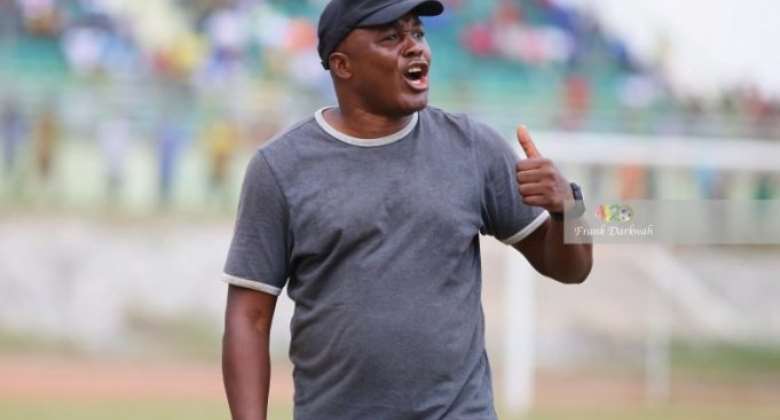 According to reports, the former Ghana International tendered in his resignation letter to the club on Thursday 25 February 2021 citing personal reasons.

The Elmina base club will now search for a new gaffer.

His assistant, Felix Aboagye and the goalkeeper trainer, Nana Mbrah have also left the club.

Elmina Sharks started the season brightly but have now dropped to 14th on the log with 17 points.

A negative result in their next game could signal a relegation battle for the Fearsome Sharks.

Yaw Acheampong joined the club in 2017 replacing Kobinah Amisah who qualified the club to the Ghana Premier League.

He has previously managed Inter Allies and Ashantigold.

Check out the statement of the club below: